NEWS: VCS IS HIRING! Click here to check out our posting(s) 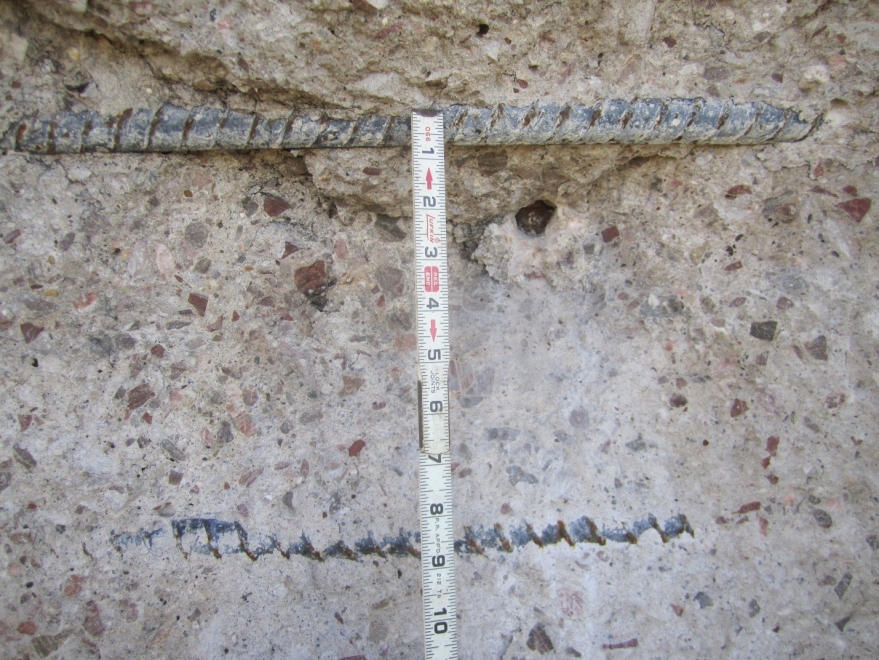 VCS performed a condition assessment of two reinforced concrete coal silos in Gillette, WY.  The objectives were to determine the root cause of distress, quantify the extent of damage, and develop a rehabilitation/maintenance strategy for the silos.

The observed deterioration was in the form of a large spall, significant amounts of map cracking, and some larger width cracks. Overall, the five year old silos were experiencing advanced deterioration for such young concrete.  If not addressed these issues could significantly reduce the service life of the structure. 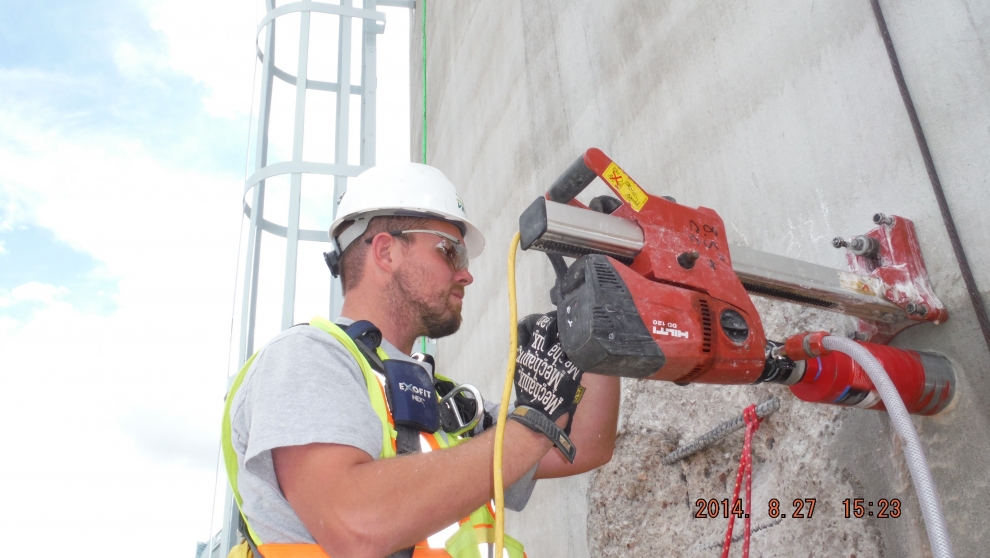 Basin Electric noticed a large spall on the side of one of their coal silos approximately 3-ft in diameter and located at an elevation of 135-ft.  After gaining access to the structure using a man basket and crane, the center of the spall was found to be discolored, full of powder and located directly over a vertical jacking bar which was electrically isolated from the reinforcing steel and silo grounding system.

Based on the visual observations and research, VCS concluded that the spall was most-likely the result of a lightning strike.  Since the jacking bar, used to support the slip form system, was electrically isolated from the silo’s grounding system, the intense energy dissipated by the lightning strike instantly vaporized any moisture in the concrete pores and caused the large concrete spall.  The loose concrete around the spall was removed as a safety precaution.

The large cracks in the silo’s exterior were determined to be caused by restrained drying shrinkage and the map cracking was the result of early age drying, which is common in this environment.  The map cracking led to a carbonation depth of about 0.5-inch in only 5 years.  Fortunately, the reinforcing steel was uniformly located with approx. 2 inches of concrete cover.

The silo roofs were flat which resulted in water ponding and some corrosion activity.  A corrosion potential survey of the Silo 2 roof identified locations of active corrosion.

As part of the assessment, petrography was conducted and it was determined that the local natural sand contained reactive aggregate which produced ASR gel when wetted.  SEM/EDAX was conducted to confirm the composition of the gel.  No external evidence of ASR distress had yet developed at this young age.

VCS recommended the following repair strategies to Basin Electric in order to extend the service life of the Dry Fork Silos: